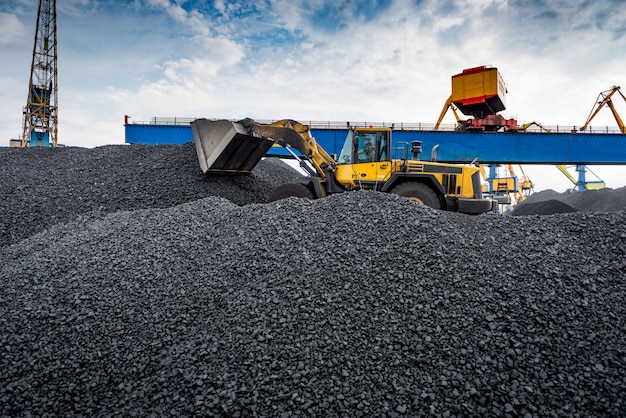 Before jumping into a coal mining pit, have a brief history to know. Do you know coal was burned in funeral pyres in Wales? Yes, during the Bronze Age, between 3,000 and 4,000 years ago, according to archaeological evidence the rituals were held. In Meteorologica, Aristotle mentions coal (“combustible materials”), and his pupil Theophrastus remembers its use as well. In 1228, the first coal came in London by sea, from Fife and Northumberland, where women and children retrieved lumps broken from underwater outcroppings and brought ashore by wave action. Following that, the term “sea coal” was used to refer to all bituminous coal in England. Many Asian countries also have huge deposits of coals. Okay! Enough of coal’s history. Let’s get into the present time and read about today’s coal mining.

Coal is a sedimentary rock that contains a mixture of components, the majority of which are of plant origin. Carbon, hydrogen, oxygen, nitrogen, sulfur, and a few inorganic mineral elements make up the majority of plant matter. The carbon content of this material increases as it decays underwater in the absence of oxygen. Peat is the first by-product of this decomposition process. Peat can be found in bogs, marshes, and freshwater swamps, and enormous freshwater swamps in the past provided ideal circumstances for the production of thick peat deposits that eventually turned into coal reserves. The pressure exerted by sedimentary materials accumulating on peat layers causes peat to change into lignite. The change of lignite to bituminous and anthracite coal is caused by increased pressures and heat caused by movements of the Earth’s crust (as occurs during mountain formation) and, on rare occasions, igneous intrusion.

Surface mining and underground mining are the two types of mining methods used to extract coal seams. Surface and underground coal mining are vast activities with many different types of equipment and processes, and the method used to extract a coal seam is determined by a variety of technological, economic, and social considerations. Here are the two methods, widely used:

The geologic medium, which consists of the coal seam and the overlying and underlying layers, totally encloses the working environment in underground coal mining. Access to the coal seam is acquired through adequate apertures on the surface, and a network of highways driven into the seam permits the installation of service facilities for human and material transportation, ventilation, water treatment and drainage, and power. Mine development is the phrase for this stage of an underground mining operation. During mine development, the extraction of coal from the seam is sometimes referred to as “first mining,” while the exploitation of the remaining seam is referred to as “second mining.”

This is the list of equipment necessary for coal mining:

To transport coal from one place to another, the following transportations are used: